Posted on April 6, 2016 by David-James Gonzales

Last Sunday (April 3, 2016) I had the pleasure of attending the launch of a wonderful new multi-media website that tells the story of “the summer of 1975,” which details the efforts of Salinas Valley farmworkers to join the United Farmworkers Union following the passage of California’s Agricultural Labor Relations Act in May of 1975 (signed into law on June 5, 1975 by Gov. Jerry Brown).

Democracy in the Fields was made possible by the collaboration of Miriam Pawel (author of The Crusades of Cesar Chavez), Mimi Plumb (photographer), Wendy Vissar (web designer), Bob Barber (journalist), and a generous grant from California Humanities. The event was held at the National Steinbeck Center. 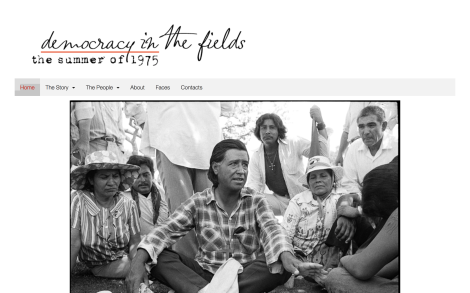 The website has three main sections. “The Story” tells of the march (caminata) Cesar Chavez led from the U.S.-Mexico Border to the Salinas Valley, and the efforts to establish the UFW and hold elections among the region’s farmworkers. “The People” feature biographical vignettes of farmworkers and their experiences during the summer of 1975 based on interviews conducted by Barber, Pawel, and others. “Faces” contains a collection of eighty photographs of unidentified participants.

Each section features the candid and compelling photographs taken by Plumb during the summer of 1975. “The Story” and “The People” sections also include audio clips of speeches, songs, and interviews with farmworkers and UFW leaders.

Democracy in the Fields is a tremendous online archive and resource for students, researchers, and teachers of all levels to glimpse into the events of that summer and learn from those who were indelibly shaped by their labor and activism in the Salinas Valley. 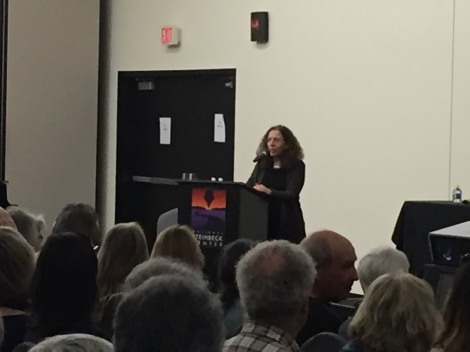 Miriam Pawel speaks to a capacity crowd at the National Steinbeck Center in Salinas, CA. 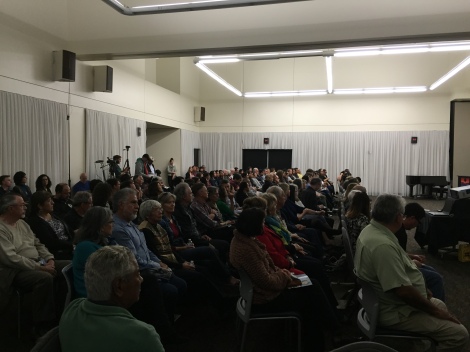 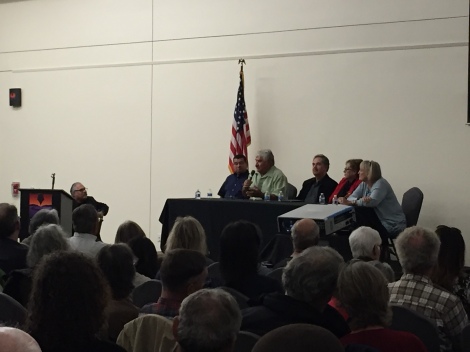 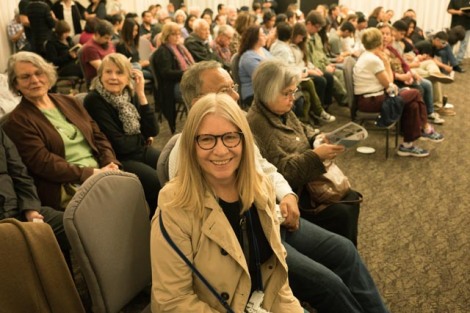 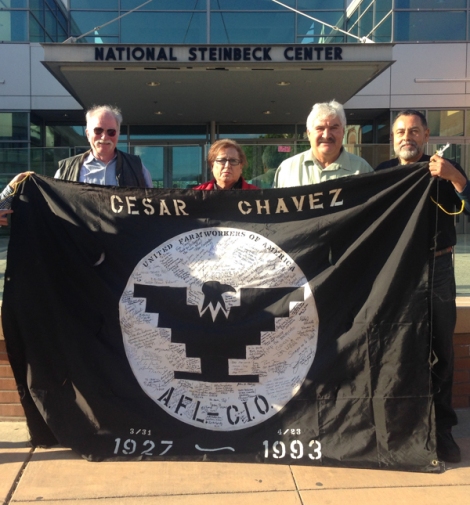